What is Domestic Violence 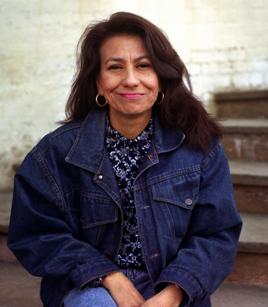 Domestic violence is the systematic use of abuse tactics physical, sexual, emotional, social, and/or economic — to gain and maintain control over an intimate partner.

People experience abuse in lots of different ways, including emotional/mental, verbal, sexual, physical, social, and economic. DV can happen to anyone, regardless of age, sex, class, gender, race, size, or sexual preference. The two main aspects of DV are power and control. An abuser uses different abusive tactics to try and maintain power and control over their partner. People who are or have experienced abusive relationships are called survivors. In the legal and criminal system, they are called victims, while abusers are called perpetrators.

Domestic violence is the systematic use of emotional, physical, sexual, economical, or spiritual abuse tactics to gain and maintain power and control over an intimate partner

How to support a someone who...

...HAS BEEN SEXUALLY ASSAULTED:

...HAS BEEN IN OR IS CURRENTLY IN AN ABUSIVE RELATIONSHIP:

FACT: In the United States, 1 in 4 teens will experience some form of dating violence, and 1 in 3 women report being physically or sexually abused by a husband or boyfriend at some point in her life.

FACT: Domestic violence happens in all kinds of families: rich and poor; urban; suburban and rural; in sexual minority communities; in every part of the country; in every racial and age group.

MYTH #3: Physical violence usually happens only once or twice in a relationship.

FACT: Most abuse happens over and over again. The violence gets more frequent and more severe over time, sometimes leading to death. 1/3 of all female murders are committed by an intimate partner.

MYTH #4: Some people’s behavior justifies or provokes being abused by their partner.

TRUTH: There is no justification for abuse. Abusers often try to excuse their behavior, often through blaming the survivor or refusing to take any accountability. For example, an abuser attempts to justify his abuse by claiming he’s only violent because she’s always yelling at him. As a result, she decides to stop yelling to try to placate him. He’ll likely next attempt to justify his behavior by claiming it’s because she’s too silent. And so on…

MYTH #5: Domestic violence doesn’t have a big effect on kids.

TRUTH: Domestic violence harms children even if they aren’t the target of the violence. Youth who know their moms or dads are being abused are likely to have low self-esteem and have problems trusting other people. Also, the presence of DV in the home is the greatest risk factor in predicting child abuse.

MYTH #6: Women in abusive relationships are bad moms. They harm the children by staying and inflict another kind of harm by leaving.

TRUTH: Women often make decisions about staying and leaving based on what they perceive to be in their children’s best interest. The children’s experience is often central to the mom’s decision-making.

TRUTH: Most abusers are in control of their anger and violence. They make calculated decisions about who they target, when, and why.

MYTH #8: Abusers are addicted to drugs and alcohol and are only abusive when they’re using.

TRUTH: Drugs and alcohol are no more present in DV situations than they are anywhere else. They may make the violence worse but they are not the cause of the violence. Abusing is a choice, and the abuser is making the choice to abuse. In fact, some abusers use alcohol and drugs as an excuse to abuse their partners.