Bilingual (Spanish/English) advocates and interpreters for additional languages available upon request. Calls should be answered when dialed and voicemails should be returned within a business day.

Calls should be answered when dialed and voicemails should be returned within a business day. Interpreters for these services are available upon request.

Our program provides short-term crisis support and long-term, postcrisis support designed to prevent survivors from having to return to an abusive home. Our commitment to reaching survivors means mobile, active advocacy that reduces the barriers to domestic violence support services. All of our services are free, flexible, individualized, and driven by survivors’ needs and goals. 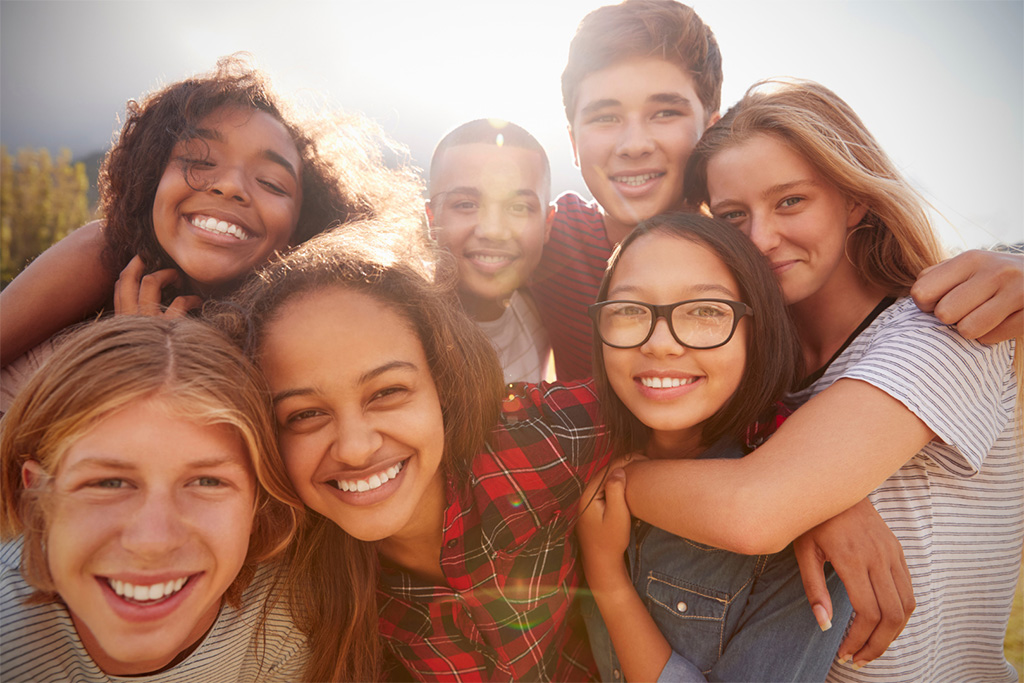 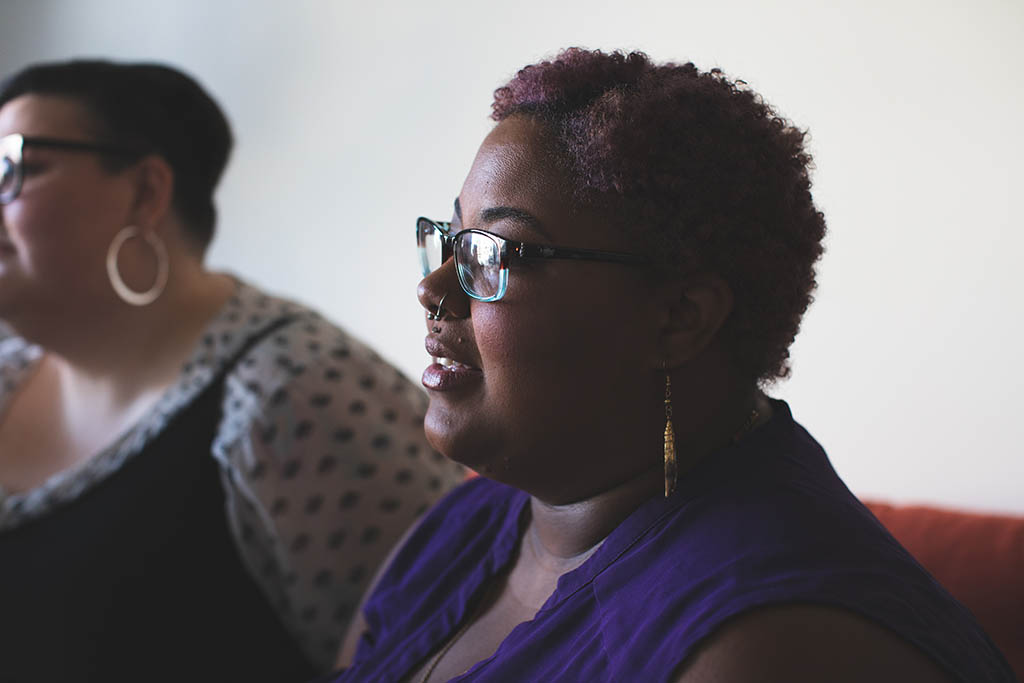 What is Domestic Violence

Domestic violence is the systematic use of abuse tactics physical, sexual, emotional, social, and/or economic — to gain and maintain control over an intimate partner.

People experience abuse in lots of different ways, including emotional/mental, verbal, sexual, physical, social, and economic. DV can happen to anyone, regardless of age, sex, class, gender, race, size, or sexual preference. The two main aspects of DV are power and control. An abuser uses different abusive tactics to try and maintain power and control over their partner. People who are or have experienced abusive relationships are called survivors. In the legal and criminal system, they are called victims, while abusers are called perpetrators.

Domestic violence is the systematic use of emotional, physical, sexual, economical, or spiritual abuse tactics to gain and maintain power and control over an intimate partner

How to support a someone who

…HAS BEEN IN OR IS CURRENTLY IN AN ABUSIVE RELATIONSHIP:

FACT: In the United States, 1 in 4 teens will experience some form of dating violence, and 1 in 3 women report being physically or sexually abused by a husband or boyfriend at some point in her life.

FACT: Domestic violence happens in all kinds of families: rich and poor; urban; suburban and rural; in sexual minority communities; in every part of the country; in every racial and age group.

MYTH #3: PHYSICAL VIOLENCE USUALLY HAPPENS ONLY ONCE OR TWICE IN A RELATIONSHIP.

FACT: Most abuse happens over and over again. The violence gets more frequent and more severe over time, sometimes leading to death. 1/3 of all female murders are committed by an intimate partner.

MYTH #4: SOME PEOPLE’S BEHAVIOR JUSTIFIES OR PROVOKES BEING ABUSED BY THEIR PARTNER.

TRUTH: There is no justification for abuse. Abusers often try to excuse their behavior, often through blaming the survivor or refusing to take any accountability. For example, an abuser attempts to justify his abuse by claiming he’s only violent because she’s always yelling at him. As a result, she decides to stop yelling to try to placate him. He’ll likely next attempt to justify his behavior by claiming it’s because she’s too silent. And so on…

MYTH #5: DOMESTIC VIOLENCE DOESN’T HAVE A BIG EFFECT ON KIDS.

TRUTH: Domestic violence harms children even if they aren’t the target of the violence. Youth who know their moms or dads are being abused are likely to have low self-esteem and have problems trusting other people. Also, the presence of DV in the home is the greatest risk factor in predicting child abuse.

MYTH #6: WOMEN IN ABUSIVE RELATIONSHIPS ARE BAD MOMS. THEY HARM THE CHILDREN BY STAYING AND INFLICT ANOTHER KIND OF HARM BY LEAVING.

TRUTH: Women often make decisions about staying and leaving based on what they perceive to be in their children’s best interest. The children’s experience is often central to the mom’s decision-making.

TRUTH: Most abusers are in control of their anger and violence. They make calculated decisions about who they target, when, and why.

MYTH #8: ABUSERS ARE ADDICTED TO DRUGS AND ALCOHOL AND ARE ONLY ABUSIVE WHEN THEY’RE USING.

TRUTH: Drugs and alcohol are no more present in DV situations than they are anywhere else. They may make the violence worse but they are not the cause of the violence. Abusing is a choice, and the abuser is making the choice to abuse. In fact, some abusers use alcohol and drugs as an excuse to abuse their partners.

What is Sexual Assault

Sexual assault is a term that is used to refer to a number of acts, including unwanted touching, acquaintance or stranger rape, rape with objects, sexual harassment, and incest.

Some people think that when either the attacker (the person who assaults) or the survivor (the person who is assaulted) has been drinking or using drugs, this behavior is excusable or was not an assault. This is not true. Assault is a choice, and whether or not judgment is impaired from substances, if someone does not consent to a sexual act, it IS an assault. Some survivors may blame themselves, because it is often easier to blame ourselves for our experiences of violence than it is to believe that we live in a world where someone would choose to harm us. It is never the survivor’s fault that they were assaulted.

1 in 3 women and 1 in 6 men will experience some form of sexual assault before the age of 18. Some survivors choose to report to the police, and some do not. You should do what you feel is right for you. Many survivors find it helpful to talk about the experience with someone they trust, whether or not they decide to report.

How to support a someone who...

…HAS BEEN SEXUALLY ASSAULTED:

MYTH #1: PEOPLE WHO WEAR SHORT SKIRTS, TIGHT LOW-CUT SHIRTS, OR OTHER REVEALING CLOTHES ARE AT FAULT IF THEY ARE SEXUALLY ASSAULTED.

FACT: The only person responsible for a sexual assault is the perpetrator. Women are taught to dress attractively, but if they do so, people blame them and might say that they are “asking for it”. Women are supposed to have the right to study and hold a job, but if they go to the library late at night and are assaulted, people might blame them again and say that they “asked for it” by being out late. No person deserves to be attacked or to have their wishes ignored. No person wants to be assaulted and lose total control of their emotional and physical well-being.

MYTH #2: MOST MEN WHO RAPE ARE STRANGERS WHO ASSAULT THEIR VICTIMS IN DARK ALLEYS AND PARKS.

FACT: Most rapes are committed by people known to the victim. The rapist could be a friend, an acquaintance, a relative, a husband, or a boyfriend. Most rapes occur indoors, often in the victim’s or rapist’s homes or in other places where the survivor feels like they should be safe.

MYTH #3: PEOPLE DON’T GET SEXUALLY ASSAULTED OR RAPED IN DATING RELATIONSHIPS OR MARRIAGE.

FACT: Sexual assault and rape do happen in relationships where people are dating or married. Every person should have the right to make choices about their own bodies at all times. No means no, even if you’re in the middle of a sexual act, are naked, or have had sex with that person before.

MYTH #4: IF A PERSON DOESN’T KICK, SCREAM, AND FIGHT WHEN SOMEONE IS TRYING TO RAPE THEM, IT ISN’T REALLY A RAPE.

FACT: Some people do choose to use physical force to try and protect themselves from an assault and some people know that if they attempt to fight, they will be injured even more. If a person does not use physical self-defense it doesn’t mean they were giving consent. Whatever the victim does to survive an assault is the best and wisest decision.

MYTH #5: MEN WHO RAPE NEED SEX AND AREN’T GETTING IT.

FACT: Rape is an act of violence where one person is attempting to have power and control over the other. Rape is not about sex, it’s about power and control. In fact, the majority of rapists have regular sexual partners.

MYTH #6: I HEARD THAT WOMEN TRY TO GET REVENGE ON MEN BY FALSELY ACCUSING THEM OF RAPE.

FACT: According to the FBI, women falsely accuse men of rape about as often as people falsely report any other crime—between 1-2% of the time. It is such an ordeal for a woman to go through reporting an assault, having a trial and dealing with unsupportive friends and family that women have little or nothing to gain from falsely accusing a man of rape.

MYTH #7: I HEARD THAT IF A WOMAN LEADS SOMEONE ON SEXUALLY, THERE IS A POINT WHEN IT’S NOT RIGHT FOR HER TO STOP OR TURN BACK BECAUSE HE WON’T BE ABLE TO CONTROL HIMSELF AND MIGHT BE IN PAIN.

FACT: Anyone who is involved with someone sexually can always choose to stop at any time no matter what. Everyone has the right to be in control of their own body ALL THE TIME. A lot of people think that men and boys cannot control themselves if they get too excited, but the truth is that they can. There is no excuse for sexual assault.

Give Today
Wish List
Skip back to main navigation