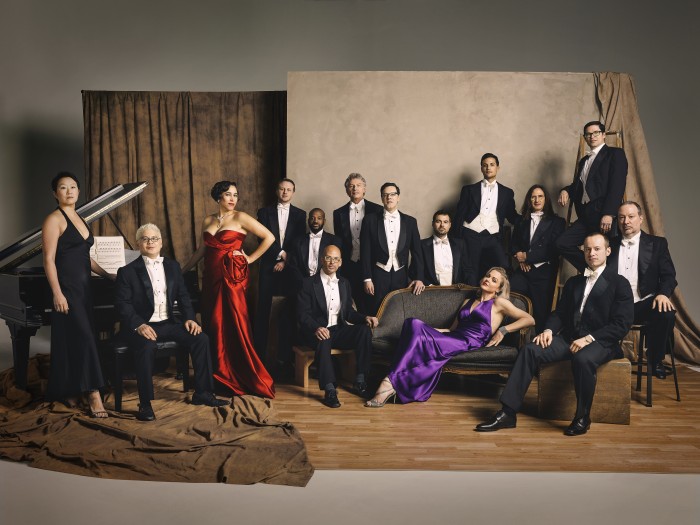 Reared on a plant nursery in rural Indiana, Pink Martini bandleader Thomas M. Lauderdale began piano lessons at age six with Patricia Garrison.  When his family moved to Portland in 1982, he began studying with Sylvia Killman, who to this day continues to serve as his coach and mentor. He has appeared as soloist with numerous orchestras and ensembles, including the Oregon Symphony, the Seattle Symphony, Portland Youth Philharmonic, Chamber Music Northwest and several collaborations with Oregon Ballet Theatre.

In 2008, he played Gershwin’s Piano Concerto in F with the Oregon Symphony under the direction of Christoph Campestrini. Lauderdale

returned as soloist with the Oregon Symphony in multiple concerts in 2011, and again in 2015, under the direction of Carlos Kalmar. In 2017, he and his partner Hunter Noack created and performed a dazzling, rhapsodic two-piano arrangement of George Gershwin’s Rhapsody in Blue with choreographer Nicolo Fonte for Oregon Ballet Theatre.

Active in Oregon politics since a student at U.S. Grant High School (where he was student body president), Thomas served under Portland Mayor Bud Clark and Oregon governor Neil Goldschmidt. In 1991, he worked under Portland City Commissioner Gretchen Kafoury on the drafting and passage of the city’s civil rights ordinance. He graduated with honors from Harvard with a degree in History and Literature in 1992.  He spent most of his collegiate years, however, in cocktail dresses, taking on the role of “cruise director” … throwing waltzes with live orchestras and ice sculptures, disco masquerades with gigantic pineapples on wheels, midnight swimming parties, and operating a Tuesday night coffeehouse called Café Mardi.

Instead of running for political office, Lauderdale founded Pink Martini in 1994 to play political fundraisers for progressive causes such as civil rights, the environment, affordable housing and public broadcasting. In addition to his work with Pink Martini, Lauderdale has most recently completed two long awaited collaborations with dear friends.  In 2018 he competed Love for Sale, an album of jazz standards with singer/civil rights leader Kathleen Saadat.

In 2019, Thomas Lauderdale and members of Pink Martini collaborated on a new release with the international singing sensation Meow Meow. The album Hotel Amour – the culmination of almost a decade of work- features guest appearances by Rufus Wainwright, The von Trapps, Barry Humphries (of Dame Edna fame), and the inimitable late French pianist and composer, Michel Legrand.

Lauderdale currently serves on the boards of the Oregon Symphony, Pioneer Courthouse Square, the Oregon Historical Society, Confluence Project with Maya Lin and the Derek Rieth Foundation. He lives with his partner Hunter Noack in downtown Portland, Oregon. 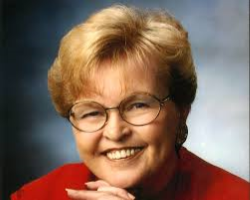 In 1990, Barbara Roberts, born in Corvallis, Oregon, became the thirty-fourth governor of Oregon, the first woman elected to that office, and one of three women in the United States elected as governors that year. By the time she was elected, Roberts had become known as a hardworking politician with strong positions on education, civil rights, and the environment.

Barbara began her political career as a lobbyist for the Portland Chapter of the National Society for Autistic Children in 1971 using her own money to advocate for equal access to education. She was named a Multnomah County commissioner in 1978 and was elected as a Democrat to the Oregon House of Representatives in 1980, serving as majority leader in 1983 and 1984. She was elected as Oregon Secretary of State in 1984. While in office, she pushed for election reforms, including making the ballot more accessible to disabled voters, supporting public audits, and funding a new state archives building. When she was elected governor in 1990, she began to address the consequences of Ballot Measure 5 through what she called a “Conversation with Oregon”–a series of town hall meetings and media broadcasts where she outlined her tax plan (which included a sales tax) and took questions from the public. The program earned Roberts awards from the Kennedy School of Government and the Ford Foundation.

In 1993, she secured the federal waivers necessary to implement the Oregon Health Plan and made its funding a priority. She also worked with Frank Roberts, who still held his senate seat, to campaign for the Death with Dignity Act, which the Oregon legislature passed in November 1994—a year after he died from cancer. In 1995, she took a position at Harvard University’s Kennedy School of Government and was a senior fellow to Harvard’s Women and Public Policy Program. In 1998, she was named associate director of leadership development at Portland State University’s Hatfield School of Government and was the Metro councilor for District 6 in 2011-2012.

Barbara continues to advocate for women in politics, LGBTQ rights, Special Olympics, housing, education, the environment, and equity. She has received the Women Executives in State Government fellowship to the John F. Kennedy School of Government at Harvard University (1989), a program she would later return to as an educator. She received the Governor’s Gold Award for Extraordinary Service to Oregon in 2005 and the Tom McCall Legacy Award in 2017.